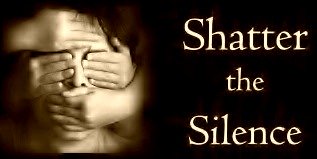 Like a lot of people, I had a typical, difficult childhood, but mine was a little different. Let me tell you my childhood secret.

Much later when she caught me again, Mother came up with a ‘better’ idea. She flipped the lights on one night, yanked the covers off of me and demanded I show her how I did it. How I was touching myself. But I couldn’t. I would’ve done anything else, but I couldn’t. Again, I was hysterical.

Angry, Mother made me go into her room. She shut the door and I was stripped of all my clothing. Mother commanded I lay on her bed and to “spread eagle.” The lights were so bright in my eyes. Then all of a sudden, I was burning. It hurt so bad. The lights above were blurred from the gush of tears. I was bawling so hard I could barely catch my breath. Rubbing alcohol was poured and rubbed into my genitals, all the while Mother told me that I made her do it and how ashamed I should be. I squeezed my crotch. The pain. The embarrassment. Then Mother brought out the lotion.

At other times, Mother and Father thought it amusing to strip me of my clothes, push me out the front door in front of a 5-lane road and lock me out. My whole family would laugh. Mother would later retell the story as if it were something to be proud of. Later she would call family and list all the ‘shameful’ things I was doing. I still remember her words to someone on the phone, “You can spank her, you can ground her, take her toys away, but she always responds to being embarrassed.” From there, I was her slave, dreading the next time I made her angry and reminded her what an awful child I was, a f***ing b**** she wished was never born.

I understood at a young age what humiliation was, before I even knew the word existed.

I was a disgusting human being that should always be ashamed of herself. So that was the way of it.

I hated her voice. I hated her touch. I hated her face. I hated her existence. I hated Mother so much. I felt no one in the world would or could understand my pain. Yet I loved it when she would watch a movie with me or play a board game. I craved a nice mother.

I hated all mothers, yet I wanted a new one so bad. I was disgusted with the female sex as a whole. My friends loved their mommy, and no matter how I would try to reason it out in my young brain, I could never understand why.

I grew up and got married as soon as I was 18. (I found out years later my new husband had molested his sister who, coincidentally, looked like she could have been my twin).

I never wanted to believe I married just to escape Mother. I was in love with someone, right? It was a defensive mechanism, and I have finally admitted it to myself.

One day in my early married life, I finally got the courage, took a huge leap of faith, and told my father what Mother had done with me. It felt like sexual abuse, it felt violating, and I knew this wasn’t normal.

Father refused to agree with me. I remember the stinging words clear as day, “That’s not sexual abuse. I’m sorry that it happened, but that is not abuse.” Immediately I felt overwhelmingly unsafe, alone and humiliated all over again. If I can’t talk to my father, how would I be able to tell my husband, a trusted friend or even a therapist?

Some relief did come for me later. At 22 years old I found out Mother wasn’t actually MY mother. In fact, she was my biological aunt who convinced her abused sister, my REAL mother, that if she really wanted to prove her sisterly love, she would go get pregnant and give the baby to her since her sister couldn’t have any more children.

The moment I found out the truth, that this sweet, wonderful ‘aunty’ I got to see only once a year or so was actually MY mother, words cannot describe the feelings I had. I immediately held her. I loved her. I could finally call someone who deserved the position ‘MY MOTHER.’ I’ve never looked back since.

The point of all of this is that mother-daughter sexual abuse (MDSA) is REAL. Sometimes the experiences of MDSA survivors are not believed or accepted. Some even believe that the abuse must have been gentle, or it was just a misunderstanding. Mothers are supposed to love and protect their children unconditionally, not sexually abuse their own daughters. Having the complete opposite of a mother's protection, love, encouragement, support, obviously is devastating. It creates a void of a healthy role model with which to identify and develop a sense of normal female development, roles, and sexuality. The daughter is violated both PHYSICALLY and MENTALLY.

Speak to your children as if they are the wisest, kindest, most beautiful and magical humans on earth, for what they believe is what they will become.
~Brooke Hampton