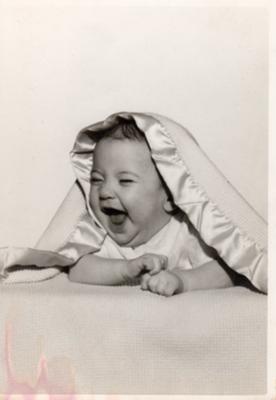 I'm just realizing all of the opportunity as a small child for my growth. And, I'm realizing I didn't get the nurturance and I didn't get positive reinforcement, but I did get a lot of screaming and rage. This website and other things have helped me to realize I am valuable and the harm that was done to me did not go into some sort of vacuous garbage disposal to be turned into crude oil that I drive around on. Although, my goal is something close to that one day. To use my artistry as alchemy and transform destructive energy into lively and powerful expression.

Yesterday I found myself face to face with the landlord of my business. Several months ago he tried to bully me and my reaction was so emotional. I couldn't stop weeping and I was triggered so deeply - I couldn't believe that adults were still speaking to me this way. Still saying "you are making up stories" still saying "you are just being dramatic" "you are a LIAR!"

I realized that when he was going at me the thing that stopped him in his tracks was a simple one. A friend of mine had joked about what it would be like to put my finger on the trigger one time when an abuser came after me. Just to see their face. I've written about turning the tables and staged it in a rock opera called "Lysistrata".

I found my own point-and-click in the way of a video camera in this situation. When I said to him, "I have the misinstalled pipes on videotape" the pipes that leaked raw sewage, he hated me then. Because he couldn't make up these stories about me being "evil" or whatever spin his sexist arrogant bullying brain was planning. Because it may just show up on YouTube!

I also had a plumber on video tape showing exactly the problems with the work and why things had to be reinstalled. I also kept a faulty section of the pipe.

This was in my theatre on a Monday with a show opening on a Thursday. The landlord threatened to evict me if I even tried to deduct this fix from my rent. I was so emotionally devastated. Three days to open and I just might lose everything to a nasty bully!

But, I found the courage to call him and to ask him to stop sending around his scary drunk "people" he tried to now refer to as his professionals. I found the money to get it all done with reliable people. I asked him if he would please help me in creating a safe space for women (and call off his toothless drunken minions-though I never said that out loud). And I secretly wished he would get melanoma while driving his golf cart in the open sun in Florida with his toothless drunken minions mocking him. But, I kept it pro. Even though these people tried to take away the professional I hired by telling him I may not pay him. Bullies bullies bullies!!!

Yesterday, I walked the check into him instead of mailing it. It's been a few months now. He was cordial and thanked me. I knew I had to look him in the eyes and let him know I was not afraid of him and we would proceed professionally.

Whew! It's hard for me to not launch into war tactics. It's hard for me to not become as base as the attacking idiots. It's still hard and I was scared and depressed yesterday at having to look into the eyes of this man who threatened to take my Company away from me because I was trying to fix a problem. I cried almost all day with the depression and fear of it.

I guess I'm realizing that even though I am away now from my child abusers of my past, there are abusers everywhere. Some people really do mean harm. And sometimes we have to do business with them. I had hoped the world was a better place.

But, the trick for me is to not BECOME THAT. The trick for me is to point and click my video camera and tell the story. Post it if that helps. Create a comic book spoof of MELANOMA GOLF CART MAN. To enjoy a playwright coming in from LA to see my Company read her world premiere at the Kennedy Center (which we're doing on Labor Day weekend).

To keep my energy focused clearly and positively even when random fools attack and trigger all of my defense mechanisms. This task will keep me busy for the rest of my life. I'm glad we are out of my childhood of the 70's when everything was a secret. I am glad for the communication tools and for all of the information. Mostly I am so grateful for my artistry and all of the brilliant people who share their talents with me. That's REAL VICTORY. What I really wish for is to feel great joy and happiness and to give those bullies nothing. Because that's what they deserve, nothing. They will bring harm. They will. It's good to be an adult and have the choice to stay away from them.

Wouldn't that be the greatest victory? If at the core there was simply love and beauty and all of that pain was handed back...gently and with kindness. No strings. Simple farewell.

Darlene's comments to this Child Abuse Article titled "The Core" can be found at Comments below this submission. Depending on system activity, there are sometimes delays in comments going live on my site; but rest assured, they do eventually appear. So if you don't yet see them, I hope you will return later to read what I, and possibly others, have written. I thank you for your patience and understanding.