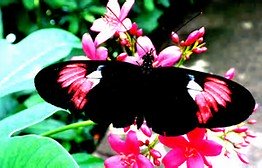 The Silent Voice Speaking Up & Out: Sharing this story publicly, well that part is never easy for you always wonder how it will be received or how others would treat you after they know what you had lived through. Some would cut all friendships with you cause it makes them feel uncomfortable, like it has a bad taste in their mouth or that it's contagious like a disease. So the only way they know how to handle a situation like this is to distance themselves from you, cut all ties in total.

I didn't want to share my story & I am not doing it now to get recognition or to get a book published. In contrary, I am still contemplating about writing a book for I was even asked by the perpetrator’s wife not to go public with my story nor to write a book that would implicate the perpetrator for her children's sake that she has with him.

So again even as an Adult and as young woman who wants a family of her own and to live her own life fully she is again being asked to keep silent & pretend that nothing out of the ordinary had happened that the nightmares, shame, self-loathing and stigma of what you can never quite be free of were just a bad dream and nothing more.

I respected the Wife's wishes and I still haven't written that book with my own story.

But there comes a time when Enough is Enough. My past again resurfaces when I do all my best to reach out to the stars for my own soul's happiness, again the past hangs over me like shadow you can't seem to get rid of no matter what books you read, what workshops one attends or group get-together's you attend. Either way, that shadow still reaches out and overshadows one's life even in late adult life.

As a survivor, not every method will work the same for everyone. It will be different for each of you. I find it best to keep a journal. Find ways that you know would help you deal with what had happened and what you can do about it now in a healthy and calm way that won't cause further pain. But sometimes further pain is unavoidable. With stories like these, there is never an easy route or way to deal with it.

It's a trial and error for some of us, because to heal, you don't always know where to start or where to turn to for help or what books to read or who you can honestly trust with such sensitive information so again it forces you to keep silent for you feel too ashamed, embarrassed to admit that yeah you were and still am a survivor of abuse whether it be emotional blackmail & manipulation, or verbal abuse, to intellectual abuse and yes sexual abuse. Writing this down still brings tears & deep sadness even now still to me. I not only use a journal to write in, but I use also oracle cards from time to time or crystals. It seems to work for me. I am also into Native American Shamanic healing workshops for I find it helps me on a deeper level. Yet again I am judged for dealing & working with Native Americans but without being asked as to why I do what I do. I was told I am not believed and that I am only another Indian lover because I attended their Powwow or Shamanic workshops.

This is why I have decided to say yes, I will now write my book and tell my side of the story. But I will help others to stand up for themselves and be proud of themselves because they are still human beings with rights and self-respect that deserve the same recognition as the next individual that wasn't abused but grew up in safe and secure happy loving home, free of ever knowing pain, shame, trauma & devastation or scars such events can leave on the soul and body.

Talking about this is always an emotional issue but I won't let others use it against me nor torment me with it anymore. Enough is Enough.

I used to get dreams, nightmares in fact over and over again where the perpetrator would re-abuse me & would feel helpless to prevent it, helpless to speak out because it's a family member that's close to me.

Other times it wouldn't be the perpetrator but others who would brutally abuse me sexually and cause me deliberate pain and harm. I didn't know what to make of it nor how to understand it for this started to happen when I turned 13 years old. I gathered what courage I had to speak to my mother about it, but she slammed down on the subject of sex saying she didn't want to hear about sex talk??

The only other way was for me to do research on my own in order to find the answers to questions & experiences I had no full understanding off. So I went to libraries but I had no clue what books to look for or under what category either. So I started with Dream books, astrology, self-help books. Later I bought a meditational tape to clean my chakra's. Again, I had no idea what I was doing only that I knew it was what I needed to do. My family had thought I had flipped my gourd but let it be.

The meditation and Chakra cleaning helped so effectively that I got scared for I felt stronger, confident and able to stand up for myself and speak my own mind again with confidence. So I quit doing the chakra cleaning meditation. And the Nightmares followed again, so I learned to read at night until I exhausted myself to simply fall asleep. And in the day time I kept preoccupied so my mind wouldn't wander to the dreams or back to the past.

They say in some cases when you have experienced trauma of some kind whether it be emotional or physical, etc. that it some how opens you up to being more sensitive & increases your intuitional levels to becoming even psychic but there are different levels of being psychic too. Different ways you pick up information as an Intuitive psychic as well. We are all psychic & intuitive yes, but for those who have gone through a certain level of trauma it reaches finer tuned level.

Thing is this whole process is also costly because you try your whole life to work on healing yourself for there is no quick fix, no magical wand that can erase what had happened to your body, mind and spirit. It will bring it to surface one way or another.

I was sexually abused when I was six years old and it changed me from an curious extrovert into a shy introvert. It was someone I looked up to and trusted in to look out for me, not to harm me or abuse me in anyway. Yet that all changed and my world as I knew it tumbled down like a ton of bricks around me. I cried silently at night while looking up at the stars in the night sky wondering what was going on for it didn't feel right. Yet I was told that if I said a word about it to anyone that it would be denied and that the perpetrator would harm me in some way. So I kept silent about it, but the tears would show up at night & I would grieve the loss of something I didn't quite yet understand.

For years I have worked on myself as best I could to heal the pain and move on from the past. But at 29 years old, I found a life partner that wanted to share my life with me and I learned to know what true love is really about. Only to have right on my heels the Nightmares & ghosts of the past resurface again to the point of where I would relive the abuse in the dream and my body would go into vulnerable state again too. I got angry for I was not losing my chance at happiness again.

I had read & done the exercises in the book called: The Courage to Heal. In one of the chapters it was said that as a last resort to exorcism the whole experience if everything else fails is to write a letter and read it out loud to the perpetrator. Well, I made up my mind and kept it to myself and went about writing that letter and sharing it with the perpetrator. Oh yeah it caused one hell of storm to break loose. Tornado's, hurricanes and the whole fireworks came down on me, but the perpetrator's wife found out too and she came down on me too for why didn't I speak up years before and that maybe I was just making it all up and that it never happened. It became a spiritual & emotional war from their side, but I stood firm and fought for my right to speak up and out. Later the perpetrator admitted it was all true. He and his wife are still together today, good for them.

As for me, I exorcised the past in confronting the perpetrator via a letter by email as he lives overseas. We don't speak to each other, in fact we haven't spoken to each other for 17 years now. We will never be able to be family again ever.

The wife asked me not to write my whole story in a book form for what if their children get hold of the book and read it? It would ruin what image they have had of their wonderful father.

But again the perpetrator comes up when I want to go tour in a country that he lives in and because he’s there I am being questioned about what I plan to do there really and I get rejected because I have family that is not family, yet family by blood ties only that's there and that I may want to stay there, etc.

They wouldn't hear me out at the embassy, so now the only way to clear this all up is to write my book and story for once and all so it will clear up where I stand & what my true story is in this whole mess. Doing this will not be easy, will challenge me yet again and make me question a lot of different angles of the whole story but even so I am writing my book. I have never written a book before so the whole idea is scary and somewhat daunting to me.

I want you to learn not to let the past be like a shadow over your own head any more either. Speak up & speak out. For sometimes it’s the only way to truly heal.

Keep on healing and keep on being courageous and make a success of your own life as well. Reach out for your own happiness and don't let the past take your happiness away from you. Be the best you can be, no matter the odds stacked against you.