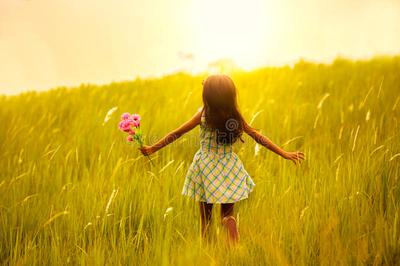 When I was a kid, I looked up to my dad. I wanted to be just like him, to be strong and protect those who were important to me. The one thing I wanted the most was for Dad to be proud of me, so I did my best at school and tried to get high marks to impress him.

One night, I was angry at my dad because he wouldn't let me watch TV or play the PlayStation. I said a few stupid words, then the next thing I know he hit me. I was shocked, I went to my room and cried. I remember telling myself that he won't do it again, I'm his daughter and he loves me. But over the years it got worse, I was almost like an emotionless body, and at school I rarely talked to anyone, only 2 or 3 people at most. And even though my dad was still hurting me, I still wanted to impress him.

One day my Mum and Dad were having an argument. My Dad said the words I will never forget, "They’re not my kids, never was and never will be." It was like everything was in slow motion as I got up, walked to my room and closed the door. I wanted to scream but couldn't find my voice. I was sad, but it turned to anger real quick. I was extremely angry. I threw stuff everywhere, and anyone who came into my room would have felt my wrath. I was ready to go off on anyone no matter who they were. But now I was completely broken and wasn't just emotionless. I was a lifeless body.

A year later, I told my mum. She was upset and angry. A few weeks later we decided to secretly move away without my so-called dad knowing.

After moving away, it was great. We had a new start, but then he found us. We had an AVO (Apprehended Violence Order) on him, but it didn't stop the memories from coming back to me. It affected me so much that I started having days off school. Every year it increased, until this year when I stopped going to school completely. I spent most of my time alone in my room, rarely going outside.

Mum was worried. She wanted me to talk to someone, but they didn't help, so I went to see a psychologist. First session in, I was feeling better about myself. Every month I was getting better. I was positive about life. I laughed and smiled more. But I still needed to get everything off my chest, so I wrote a letter and I'm going to send it to the man who caused me so much pain after Christmas.

I've started going back to school recently and it's going great. Every day after school, I have the biggest smile on my face. I'm looking forward in my life and to see what the new year will have in store for me.

Join in and write your own page! It's easy to do. How? Simply click here to return to Write Your Scars To Stars® Story of Healing.