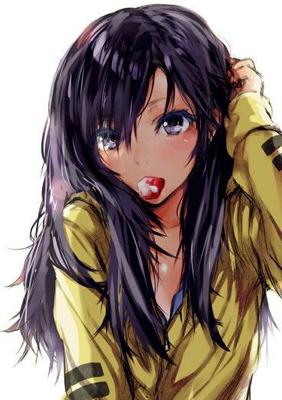 Drawing done by my uncle of me as an anime character

Hi my name is Taylor and I'm 13. I'm mute due to a car accident and have been since I was 10. My parents separated when I was 8 and divorced when I was 9. I lived with my dad since the divorce and things were okay until they weren't.

It was my 10th birthday. My dad, step mom, brother, friends, and I were going laser tagging because that's what I wanted to do. A drunk driver was swerving across the road and hit our car and glass from the window cut my neck and vocal cords. When I woke up in the hospital, I found my brother with a cast on his arm next to my bed. I tried to ask him what was going on but it hurt excruciatingly bad and I couldn't make any sound. My doctor came in and told me that I'd never be able to speak again. So I studied to learn sign language in several different languages and now can communicate fluently. I taught my brother too. But after my dad found out I would never talk again, he became mean and angry.

He started to tell me I was worthless and should've died in the accident, among other things just to put me down. He also slapped me a couple times. He refuses to learn ASL (American Sign Language) to communicate with me at all, and he gave me anxiety issues as well as put me down so much I went into a deep depression and refused to eat and had suicidal thoughts. But I'm currently about to move with my mom and her boyfriend and his kids. I've taught them a fair amount of ASL and hope to continue, until then my brother translates for me.

After I found out I was being a used emotionally I "talked" to my English teacher and he explained to me that my dad was not a safe person to be around.

I'm going into my freshman year of high school next year and hope to make a new start. After I graduate high school, I wish to go to college and start teaching deaf and mute children, that way they can come as far as I have if in a similar situation. Thank you for reading my story! Bye! ❤️❤️❤️❤️

Join in and write your own page! It's easy to do. How? Simply click here to return to Write Your Scars To Stars® Story of Healing.