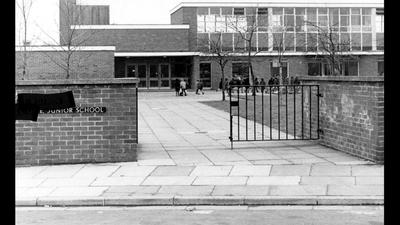 I could write a very long report on my experience at the hands of a paedophile, but I’ll try and keep it short.

I was born in England in 1966 to the parents of my Mom & dad. I was the second of two children, the first my 1-year-older sister.


We used to live in North Manchester until my psychotic father threw my Mother, sister & I onto the streets. I was aged 4, my sister 5 and my mother in her early twenties.


We went to live with my grandmother in South Manchester and I attended an infant, then junior school. From the age of about 7 there was a school caretaker who used to molest me every day, in his adult toilet area, under the stairs.


I remember he used to touch my Willie moving it around. He said there was something wrong with me and that he was helping me. I couldn't tell my father as he wasn't there. I didn't tell my mother as I thought I’d get into trouble. I instead turned to juvenile delinquency and went on a crime spree for several years, burgling shops, bookies, tuck shops, libraries, anything myself and another could squeeze into.


In the day, I was being molested, and in the evening, I was breaking into shops and stealing sweets, cigarettes and cash.
We both eventually were caught by the police. The other kid went to young children's home, I was given probation.


The years went by. I left home at aged 15 without anyone knowing of my young molestation. I did have, for a while, issues with girlfriends, but by the early 20’s I fully realised there was nothing wrong with me.


Over the following years, as reports on the media of paedophiles being arrested increased, I kept being reminded of my horrible experience as a child.


I decided to hunt down the paedophile, aged into his 70’s. I confronted him at his house. I explained he was a disgusting person who deserved a fist in his face. I said to him, what I am going to do to you is to make you lose the will to live. I explained that I would return and persecute him. I then threw several eggs at him and trampled all over his little garden.


I returned a second time, as promised and again threw eggs at him and kicked his front door.


I returned a third time whereby it was confirmed by a neighbour that he was dead.


I felt slightly annoyed that he was dead as I had so much planned for the dirty little bas@ard.


Years later, I’m okay now and have two wonderful children and a wife. If anyone, paedophile or murderer, does anything to my children I think I would want to kill them, I don't have any faith in justice.