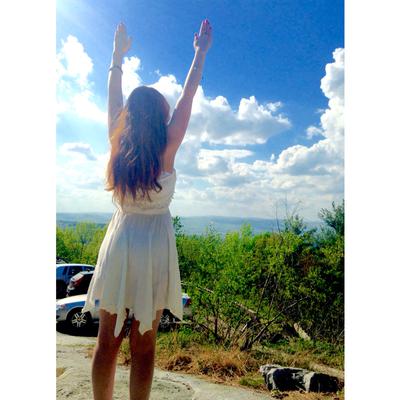 I was 6 when I was molested, and ages 13 - 19 years old I was abused - physically, mentally, and emotionally. I moved in with my best friend's family, and at first it was great. It was all smiles, laughs, and so much happiness, and after living with them for a couple of months, everything went downhill.

They became so abusive - physically, mentally, and emotionally. The mother only hit me once, but she let her daughter do whatever she wanted to me, whatever punishment you can think of she used. It was horrible. I also became their maid, their built-in baby sitter, and a punching bag. Their family called me "Cinderella".

The girl who did most of the physically abuse was a couple years older than me. I considered her my best friend. She became this monster that I never knew could exist. I did all of her chores, and whenever she would have a bad day she would hit me, over and over again. She would also hit me until I hit her back, and I was so terrified over her. She was 5′5 and weighed over 200 pounds. I was 4′11, and only 100 pounds then. A year later, I started defending myself. I hit her back whenever she would hit me, and the beating was worse every time. Her brothers would occasionally get in the middle and break us up, and defend me. But eventually that would stop because that caused too much stress between all the family members. About a year later, I started defending myself during arguments. I told them how I felt even though I was scared. It took everything out of me to defend myself. At least once a week they heard that I wanted to go back to my mother, and they hated it. Whenever their family came to visit was my only escape from the physical abuse and the arguments. They were nice to me around their family, but their family knew I wasn’t happy. They could see it my eyes, despite if I had a smile all the time. They stood in the kitchen, with me, the mother, daughter, and asked me if I wanted to be there, and promised that nothing would happen to me. I told them I wanted my mother, and I didn’t want to live there anymore. Afterwards, I went to bed. The next morning as soon as the family left it was World War 3. The mother went ballistic. Yelling at me because I embarrassed her in front of her family, and how could I do that. I defended myself against her, and if her daughter didn’t stand in the middle of us, she probably would have hurt me badly that day. She grabbed a DVD case and threw it at me. It split my head open, not seriously, but a good hit. She left me alone after that. Then her daughter hit me for talking back to her mother and embarrassing her.

A couple weeks later I called my mother crying my eyes out begging her to come and get me. My mother tried but she couldn’t. CPS then got involved, and I was hysterical. I begged my teachers to stay at the school, and not let me go home. The teachers and CPS promised me that I would be safe and they would meet me at my house. I got home on the late bus, and I met the daughter, and the mother driving home. They saw me and picked me up. The daughter began asking me questions of where I have been, and I was honest with her. I told her that I called my mother, and I was going home. At that time, I didn’t know she couldn’t take me. She smacked me across my face, and pushed me out the car, and kept pushing me into the house, and then into the room. CPS was there in about 5 minutes. But between then, the daughter was crying, and begging me to stay, and how sorry she was for hitting me all the time, and that she would change. I told her no over and over again, and eventually she gave up, then called me horrible names and getting violent. CPS came into the room, talked to me, and to the mother and daughter, then said they would have to put me in foster care, and that there was a chance that I wouldn’t see my mother again. The family promised the CPS workers that everything will change. I stayed. After they left we said our sorrys, and cried for a while. It was good again for a like two weeks, then everything went downhill again. It was all a fake. The only thing that changed was the daughter not hitting me. She began punishing me in different ways; making me stand in corners, doing all her chores, sleep depriving me, and she once made me eat cat litter. CPS checked on me once more, and that was it. I didn’t have any marks on me, so they left. A little while after, the hitting started again.

It was as worse as it could get. I even had to worry about being raped from someone I considered my brother, and whenever I would tell him no, he would say that I was ugly, fat, disgusting, he wouldn’t touch me with a ten foot pole. I was hurt by that. I wasn’t safe awake or asleep.

Eventually I started hurting myself, and hating myself. I couldn't understand what I did that was so wrong to deserve what I was going through. I cut myself in places that no one would see, and also normal cuts that people didn’t think twice about. The hitting went on, and got worse over time. My birthdays weren’t celebrated anymore. It was just a normal day to them. My aunt tried celebrating my 17th birthday because she was so hurt that they didn’t do anything for me, so she went out and got me a cake. That night when she sang happy birthday to me, everyone walked away.

I went to tons of schools, and one school I’ll never forget is Liberty. I became friends with a couple of girls, and they were also friends with them. Eventually they turned their backs on me, and we fought. The day of the fight, the lady that I called Mom told me to make sure that I didn’t go anywhere alone and to stay around teachers at all times. I listened besides going to the bathroom. In the lunch room that day I saw the girl I didn’t get along with come towards me. She told me to stop talking sh*t, and fight her. So I stood up and I punched her. I walked out of the fight with a fractured nose and a dislocated jaw. There was 2 girls against one from what people said. I only saw one. The lady I called Mom came and got me. She told the girl that fought me that she wasn’t mad at her. The nurse told her the injuries that I had could be serious, and I should go now to the hospital. It was 11:30 a.m. She said that she had to go to work, and she would take me after work. I was mad. I went home, and the father picked on me. I went to the hospital around 10:00 p.m. The doctor said that I was lucky that I didn’t have any internal bleeding, and gave medicine to take away the pain. Couple days later, I found out why I was told to stay in teachers view, and not alone. The fight was all set up from the girl that abused the sh*t out of me from home. She had messages back and forth about the whole fight, and how it was planned out. She tried taking photos of my swollen face to send to the girls. I refused. I should have went to the police. It was so cruel. I then learned I wasn’t safe anymore, anywhere.

After that, I didn’t want to go on anymore. I tried killing myself. I tried suffocating myself. I tried overdosing on Tylenol, I threw it up. I drank bleach. It was just a painful experience, and I tried many times after that. Around this time I was close to 18. I then realized that I wasn’t meant to die. I wasn’t meant to live this terrible life because I could run away, and be with my family again because I was of age. The "Mother" would tell me she couldn’t wait until I was 18 so I could get out of her house. She told me she hated me, and would punch holes in the wall and say that it was my face. I was also the reason she was always in the hospital. I was going to be the reason she died. The word hate for her meant wishing death upon someone. I laughed when she told me she hated me because I wanted to be dead too, but someone above wouldn’t let that happen.

My 18th birthday I was taken to get my lip pierced because I wanted it, and I know it was fake. It wasn’t meant from them. They just wanted to make sure their built-in babysitter, punching bag and maid would live with them. I stayed until I was 19, then I ran away June 30th, 2011. They were evicted from the place we were living at. They waited until the eviction date to finally move. I was in a closed off closet packing my clothes in with the trash. I had most of my stuff already outside from the last couple of days. I took the last trash bag outside and ripped all my stuff out. I took my things and ran to the closest friend's house. When I got there I was a mess. At the time, I was dating someone. He and his mother picked me up. I couldn’t even speak. I wanted to scream thank you, but no words came out. I then realized I was free from all the abuse, from all the pain, and just everything. I then realized why I held on for so long. I was eventually reunited with my family.