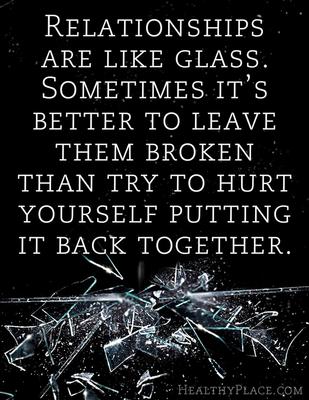 Me and my boyfriend had always hated him. We hated him from the day he dated a dear friend of ours and now she won't be coming back since she died from "him".

She was a friend that was close to me. She was a very accepting, nice, bright, very bubbly and a very smart person. She also supported me throughout my transitioning from being a girl to a boy. She came all the way from Germany to study abroad and was staying with her dad, since her parents are both divorced.

It all started when she met someone that she believed to be the best thing that ever happened to her. To be with an American boy, "B--" had thought she met Mr. Right. But what she didn't know was that she was going to be entering a world that would change her life for good, from what he stole. He stole someone very close to my heart and her family's.

Everything was alright, that's when I saw the signs of abuse. She wasn't acting bubbly with me anymore, that light of her seemingly left her. I asked if she was ok. She said that she was ok, even telling me that everything with her and "K---" was alright. That made me suspicious about the relationship she even "K---" had.

Sometimes he would call her, bringing her down. Even bring her down whenever we got together, along with my boyfriend. He often joked saying that the things he did with "B--" was what she liked, and what's worse was that she often agreed with him.

During a party, he confronted me about me dating "B--", which I am not dating her since I'm already in a relationship with my boyfriend. I was leaning against the wall doing nothing, till "K---" came up to me asking if we could talk in private.

I agreed to that, he led me away from the party and into a room. He closed the door behind him, before I knew it. He slapped me across the face causing me to fall backwards since it was a hard hit. I looked at him...that face...that face was so frightening, eyes glaring down, a scowl on his face.

He started to demand me for answers that "B--" was seeing me, accusing me of stealing her away from him, saying how she was falling for a fag. I couldn't get my own answer out since he was yelling at me to shut up so I could listen to him along with his kicks to my gut, even punches to my face.

Even all around beating me up, after that was finished he sexually assaulted me by slipping his hand in my pants. He gave me a threat saying that if he heard "B--" talking about being with me, he'd rape me.

But that didn't stop me from trying to help her to get out of that abusive and violent situation with him. I tried to tell her that "K---" wasn't a good person, he was abusive, violent, and controlling. All she said to me was; 'Don't worry, if I stay with him he'll be cured of that behavior'

I told her this. She told me again, that's when I lost it. I told her that he threatened me, he beat me up, that he stalks, coerces, manipulates, threatens and controls the woman he supposedly loves against her will. I said that she needed to get out of the relationship, even stay away from "K---", even to break up with him for good.

"B--" listened and broke down into tears, finally admitting that everything about "K---" wasn't all it seemed. That she'd been abused by him, beaten for being accused of seeing someone else, even manipulated by him.

Giving her encouragement, I told her to leave him and escape that life that she had with him. She agreed with that, she would leave him when he came over to her apartment. I was happy for her that she was going to leave. I was going to be getting back a friend that I'd known with a great bubbly attitude.

But...little did I know, that was to be our last meeting, the last time I would see her again.

I got a call from her father one morning, asking if "B--" was at my house. I was confused by this. I answered no, then I had a gut-feeling something went wrong. I asked him why he called; He said that "B--" hasn't answered her phone at her apartment. Something was wrong, I felt it.

It was like "B--" disappeared without a trace. Her dad contacted police to report her missing so that they could try to find her and bring her back home.

They found her, but they found her body lying face down in a river. "B--" was dead. Never in my life had I cried so hard to hear that she died. When her mother learned of her daughter's death she came flying in from Germany.

Police did an investigation on her death. They considered her death a murder. The officers arrested "K---", which I was glad that they did. I told them that he'd been abusing her.

His parents have been pleading with the judge not to put him in jail. They blamed the deceased "B--" for abusing him, which the judge did not buy from them at all. He told them that they should have raised a son that treats girls better than being an abuser. He even explained his restraining orders from previous girlfriends he'd had.

"B--"s body was sent back to Germany on the request from her mother. I gave them my sympathy of losing their daughter to a monster.

One gift that I had, a memory of "B--" were books from Brothers Grimm that she'd had since I told her that I always wanted to get Brothers Grimm stories.

I'm sad that "B--" isn't alive anymore, but I know she is in a better place where she can spend the rest of her life being happy and bubbly as she is.