Dr. Phil: An Episode Worth Watching 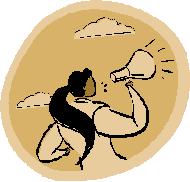 I urge all my visitors to either tune in to or tape tomorrow's (Wednesday, February 13, 2008) Dr. Phil show, titled Behind Closed Doors, a show that deals with sexual child abuse, and a mother who witnessed the abuse and did nothing.

The now-adult Heidi confronts her mother, Susan, over why, after walking in on an attack when Heidi was 9 years old, she did nothing to stop it, and instead stayed with the man who continued to sexually molest his stepdaughter.

The episode highlights the disturbing subject matter of a mother who turned a blind eye, and showcases all too well what typically happens when victims confront their abusers. I hope you will tune in tomorrow, and then offer your comments through this page.