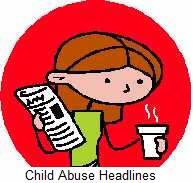 In the State of California, allegations of child abuse must be reported by district employees. State law and district policy mandate the reporting of any reasonable suspicion of child abuse to a child protective services agency.

On May 1, 2008, Principal Jesus Angulo and Assistant Principal Maria Sotomayor of South East High School in South Gate were charged with failing to report a case of suspected child abuse when a girl accused a substitute teacher of sexually abusing her.

Except for the outcome of the prosecution, this should be the end of the story, but it is only the beginning.

School district Superintendant David L. Brewer sent the two high school administrators back to work on campus. The reports vary as to why these two were reinstated. One was that they would be able to share their experience with others, and thus, possibly avoid a recurrence. Another report cited they were needed back on campus for State academic testing and graduation.

My Comments: Did the school district not learn from the case of former Foshay Learning Center Assistant Principal Steve Rooney? He was transferred to Markham Middle School in Watts, where he allegedly molested two students. The reason for the transfer? Rooney was suspected of having sexual contact with a student.

Usually public employees are placed on administrative leave, pending the outcome of their trial. They are not transferred or reinstated before the completion of the prosecution. Why then was the usual practice not followed? The reasons given cannot possibly justify the violation of a child by an adult, especially an adult who held a position of authority over the child. What are we not being told?

These cases should highlight to all school administrators the importance of reporting suspected child abuse. The law is there for a reason: to protect our children.

Offer your comments to "Child abuse allegations go unreported" at the link below this child abuse article.